The airline was established and started operations in 1988 after the Egyptian government approved the foundation of Aircraft Maintenance in Cairo. At that time, Elsayed Saber and his family launched AMC Airlines after obtaining a license to operate worldwide passenger charter operations.[1] It is wholly owned by Saber and his family and has 498 employees.[citation needed] The airline was initially named AMC Aviation before becoming 'AMC Airlines in 2004. 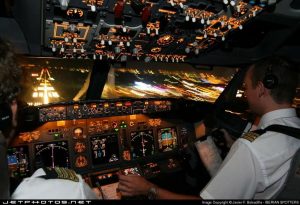