To create better places in an efficient manner for people to live, work and enjoy

Barwa's foundations were laid on 15 November 2005, when it obtained its commercial license. The group's name derives from an important principle in Qatar's commercial heritage - the concept of a reliable and trustworthy agreement or contract. These values form the core of our corporate personality.
Since its establishment, Barwa has proven to be a dynamic and powerful contributor to the development of Qatar. We seek to contribute to the government's over-arching development plan for Qatar as set out in the Qatar National Vision 2030 which has been launched and is being sponsored by His Highness Sheikh / Tamim bin Hamad Al Thani – The Emir.

Barwa pursues its developmental path in order to achieve its vision and mission in light of the new Business plan for the years 2016- 2020 that was approved in 2015. The framework of Barwa's new Business plan, which is considered to be the largest since the company’s establishment, focuses on the following objectives:

- Maximizing shareholders’ equity and achieving sustainable growth
- Increasing operating income including rental -  Targeting a QR 15 billion capital expenditure within the 5-year business plan
-  Maintaining a solid capital structure
- Maintaining a strong financial position to ensure stable operational and developmental processes.
The new Business plan is based on key goals, including focusing on the local market, collaborating with the government of Qatar, making the most outcome of Barwa assets, working on improving current operational efficiency, and increasing revenues from subsidiaries.
Barwa's total assets amounted to approximately QR 29 billion as of 31 December 2015. It is currently the largest listed real estate company in Qatar in terms of real estate developments. Qatari Diar, a company owned by the Qatar Investment Authority holds a 45% share in Barwa, which has grown its business to include 4 Segments. These are: 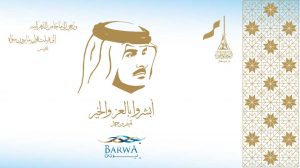 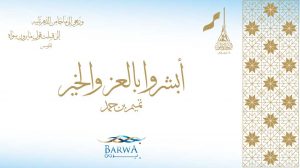 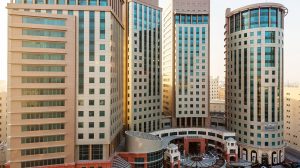