BBC Pashto is part of the BBC World Service Group which was launched in August 1981 to reach out to over 50-60 million Pashto speakers in Afghanistan, Pakistan and around the world. Nabi Misdaq was its founder and first editor.
Initially, the service only had radio programmes, mainly news and current affairs, however, it later expanded by introducing entertainment slots, long form, features, magazines, hard talk and interactive shows such as Stasy Ghag Your Voice which is still very popular among its audience. 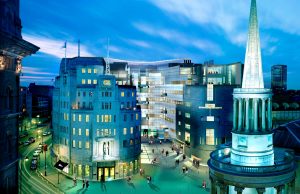