Sohrab have the best motorcycles provider in all Pakistan.

Sohrab Cycles is the best company in Pakistan, At the birth of Pakistan, there was not a single factory in the country, which manufactured bicycles and their spares. Taking advantage of the situation, some major importers brought in bicycles from abroad and such imports were passed on for sale to retailers most of whom were located in Lahore’s major market in the Nila Gumbad area. In 1952 shortage of foreign exchange started creating difficulties for the importers. Giving careful thought to the problem, the shop owners of Nila Gumbad chalked out a plan to establish a bicycle-manufacturing factory within the country on a cooperative basis. As such 22 persons got together and laid the foundation of a cooperative society. Its first meeting was held on 17th July 1953, later, on 8th September 1953, the society was registered under section 9 of the Co-operative Societies Act II of 1912.

As stated above the society was registered to provide mutual help and benefits to its founding members. According to the rules of the society, its controlling powers lay with its general body. By the grace of God from its inception to this day, elections of the society are held punctually. Society has been functioning successfully all along because of the fact that its members take a deep interest in its work. Elections of its working committee and Board of Directors are held new after every three years. Since the Directors also happen to be the owners, they take decisions for the betterment of society with a full sense of responsibility.

Initially, only a few spare parts for bicycles were manufactured locally and about 90% of spare parts were imported from abroad. With the passage of time, the situation started improving, and today almost 98% of bicycle spare parts are being manufactured in-house or through vendors. The credit goes to the society that is providing spares regularly. To all the bicycle-manufacturing units in the country to produce finished their goods. The success of society can be viewed by the facts and figures enumerated below.

It is a matter of pride that the society is the only one in the country, which manufactures bicycles (Both for men and Ladies), Heavy Duty Cyclovans, Wheelchairs, Pushchairs (Both fold & fixed models), Exercise cycles, Pushchairs, & Tricycles. The last two mentioned above have especially been produced for the disabled and are sold on a profit basis, as well as exported heavy-duty Cyclovans, to Yamen.

Society is playing a vital role as a Leader in the cycle manufacturing industry. It is making progress due to the precision, planning, and dedication of its workers, supervisors, administrators, and engineers. Who are always ready to work hard and face any problem with courage.

Society has entered a new era with the production of fancy bicycles, different types of sports model bicycles like VIP, student, and pandas have been introduced in the market and are being sold successfully. Sohrab Cycles provides the best quality in all pakitan. 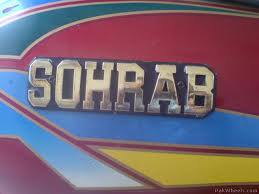